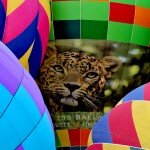 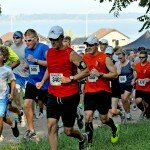 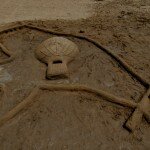 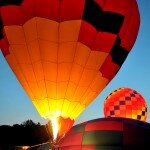 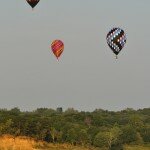 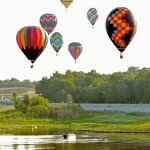 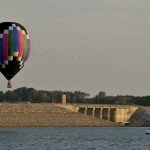 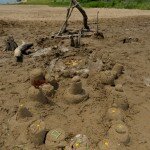 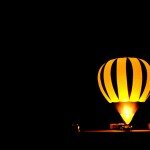 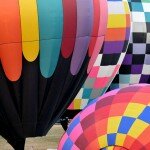 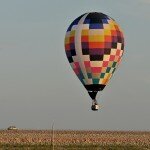 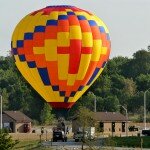 Thank you to all who attended this year’s Balloonfest!

The weather was cooperative for most of the weekend’s activities – which brought out lots of visitors to the lake! Spectators flocked to the North Overlook Beach and South Overlook to view the colorful spectacle of hot air balloons on their various launches. The 5K/10K run was very well attended on Saturday morning with 198 participants and about 300 more people on hand to cheer them on as well as enjoy the pancake breakfast. The weather caused cancellation of the Saturday evening launch, but the Night Glow was able to take place later that same evening.

Many young people and families participated in the sand sculpture contest – budding artists were in competition for the winning sculpture (which happened to be of a hot air balloon).

Thank you to all of the sponsors and volunteers who helped make it such a success! To view more photos,check out Balloonfest’s Facebook page at:http://www.facebook.com/#!/lakeredrock.balloonfest
Lake Red Rock Race Very Successful for Knoxville, Pella Programs

Knoxville Cross Country coach Mike Moats tells KNIA/KRLS News that their inaugural 5k and 10k races during the Lake Red Rock Balloon Festival raised more than $7000 for the Knoxville and Pella Cross Country programs. Nearly 200 people participated in the race, and another 200 breakfasts were served, compliments of the Knoxville Lions Club.

Moats says that the Knoxville program will use their funds to purchase warm ups and t-shirts for the teams. The funds will also help some kids with shoes for training and will provide revenue to offset the costs of hosting a meet each fall and taking kids to the state cross country meet at Fort Dodge each year.

Moats notes they don’t charge admission to their cross country meets, so the only money they have to spend comes from events like this. He says the participants were pleased with the course, adding the balloon launch created an awesome warm-up atmosphere before the race

This entry was posted in Uncategorized. Bookmark the permalink.